Caution with business expansion now might cost you later

Being cautious with how you manage your business now could leave you on the back foot once the market starts opening up, as it's starting to do. If you put your organisation's plans on hold for too long, will you miss the boat and find a flooded market? Or might you be the first to proceed with your growth, snapping up the best talent in the process?

It’s not just SOLA Group that is finding a wealth of talent available for our customers, in the wake of many organizations’ redundancies and furlough schemes – Carolyn Betts, the founder of the firm Betts Recruiting, recently explained to TechCrunch that: ‘There’s so much talent in the market that there are backup candidates for backup candidates.’ The key is to find the right talent in a congested market.

So how do you know if it’s time to continue freezing your expansion plans, or whether to press ahead once more and gather this talent to your business? We spoke to Daniel Broome, our Principal Consultant, to find out more about the patterns he’s noticing emerge across industries now, and whether your company could find success preparing for the future.

The danger of staying in stalemate

A drop in demand is the main problem businesses are currently facing; they don’t want to resume their growth plans until they see movement in the market. For certain industries – such as those manufacturing physical goods – the issue of reduced customer demand is seriously affecting their production.

Daniel Broome says that even companies that provide a service or easy-to-translate product overseas, are in this stalemate, unsure of when to resume their pre-pandemic plans:

"We are working with several SaaS companies that are primed and ready to make that international leap, but they’re paused for now until their executives feel able to re-enter the market – everyone's watching to see what their competitors do next."

Many businesses can't expand as much or as quickly as they'd like to – if anything, they're trying to find ways of delaying or refunding existing orders, not making more. Taking these measures is particularly frustrating for those who are poised to expand abroad and are feeling frozen until further notice. Daniel Broome continues:

"If you've started the expansion process – and even if by starting the process, that means you've only approved it at a board level – but you haven't actually instigated it, there’s enough of the process done there to continue and make a proper start."

Striking the right balance at the right time is a challenge for any business that wants to grow and thrive right now. But if you don’t start setting things up during this new reality, using the time you have, and instead freeze your growth plans, you might miss the chance to proceed successfully later on.

Even some of the biggest companies are sitting at home twiddling their thumbs, not knowing what move to make next. Daniel Broome explains the predicament that many businesses he speaks to are facing:

"They know the advantage of being the first ones in, but they also don't want to be back in three months before everyone else and paying money without there being a real market. Getting that timing right is really hard."

So you’re not alone. If these worries sound familiar, then you might also want to visualize how your market will look a few months from now – Daniel Broome adds:

"We're not expecting companies to be the first to move, but what they don't want to be is way down the line, because the good talent and the potential customers will have been snapped up by that point."

The US businesses that are still driving forward

Many US businesses looking to break into the UK/EU appear to be pressing forward with their expansion. As a nation, the US is emerging as more forward-planning, due to the country opening up quicker and having fewer restrictions than much of Europe. This needs to be used to your advantage if you are a US-based business, planning on hiring a new team in Europe.

These American businesses are doing things like talking to colleagues that work predominantly in the UK and finding out about the restrictions being enforced across different countries to gather as much information as they can about the current European market. Daniel Broome has been speaking to many of these organizations over the past weeks:

"I've spent a lot of time talking to CROs and CEOs in Texas... for them, they feel stuck. They’re raring to go and want to pursue expansion sooner rather than later."

The reassuring thing SOLA Group has noticed is that businesses who had already started, even preliminary planning of their expansion route, have mostly found themselves able to continue. Out of all the companies SOLA Group works with, none of them has had to cut back their plans and no new employees have had to be let go. Daniel Broome continues:

"Organizations that had already “pulled the trigger” are still going ahead. What we haven't seen, which is really encouraging, is out of all the companies we know and we've worked with recently, none of them has had to cut back. Some companies have slowed or paused their actual expansion, but the people that are already in situ are all still there, and they're all still working."

The danger at this time is for one of your competitors to see an opportunity while you’re too busy sitting still. If your organization has felt forced to pause its expansion for now, there are reassurances to find: many businesses are trading as usual, and Daniel Broome thinks more people need to realize this:

"Business is still happening. I understand why we would forget that in times like these, but business is still going on, day after day. I think sometimes people need to see that. And if you’re not the ones doing it, somebody else is."

You can keep business ‘as usual’ more than you think

If you do decide to start up your expansion plans again in the near future, you might feel reassured by how many things can still remain the same as you grow your team, even from afar. Daniel Broome recognizes that this diverts from the way many US organizations have historically recruited overseas:

I’ve spoken to a couple of organizations where everything's been approved, we're ready to start" helping them expand, they're ready to start with us, but they’re putting things on hold because in a dream situation, they’d be able to fly over to Europe tomorrow. For many businesses, when it’s their first hire in Europe, they want to be there in person."

A couple of months ago, SOLA Group had two people start for a company in Germany. Other than Skype interviews, they didn't meet their team at all – their first face-to-face meeting was at the sales kick-off in San Francisco a few months later. This is the way many businesses are now operating.

The onboarding experience for new employees can still feel positive and personal.

You might not currently be able to plan a big, official launch of your UK/EU office, but that doesn’t mean you can’t start operating. In some respects, now is a great time to focus on a recruitment drive, because everyone has adapted to a remote way of living. For SOLA Group in particular, and for many other organizations we work with, this is a familiar way to onboard new people, as Daniel Broome explains:

For us, recruiting teams abroad is business-as-usual. We're used to onboarding great people" remotely. People need to ask themselves: how are they going to expand? What do those logistics look like? We can help people with these uncertainties. If anything, our route to great hires is easier and quicker than before."

Working internationally has become easier and more widely accepted than ever. With Zoom, Skype, Amazon and beyond, it’s never been easier to set up a new team in a welcoming and true-to-your-ethos manner. From the interview process to establishing a new team member from afar, Daniel Broome says COVID-19 may have changed the way we expand our international teams forever:

"It takes a leap of faith, but people are probably happier taking one now than they would have been three months ago. It’s the new normal. And whilst this is a moment in time, there will be a lot of seismic changes in the way people work and recruit in the future, and the sooner we adapt to that, the better."

If you’ve already started your expansion plans – even in a preliminary way – don’t pause them. It’s better to strike out and lead the market than to bring up the rear. The competition is at its weakest now, so future-proof your business with great new employees before the market crowds up.

Depending on your partner option, it might be easier than you think to press ahead with expansion, with an end-to-end solution, such as SOLA Group. While it may take some companies longer to get to their end goal in these strange circumstances, don't delay the start of that journey. 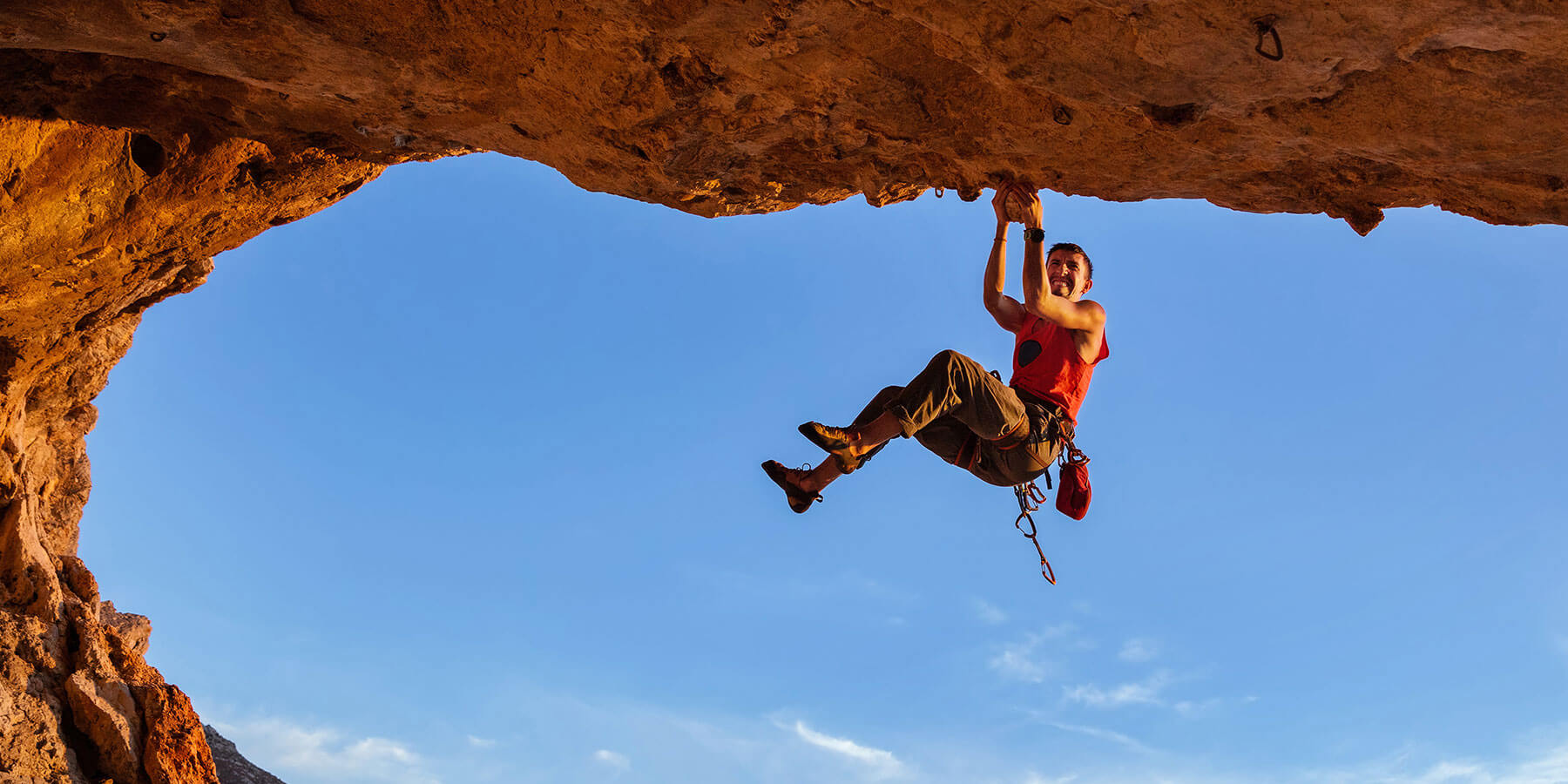 International expansion through setting up your own foreign entity